Swarovski at The Mark 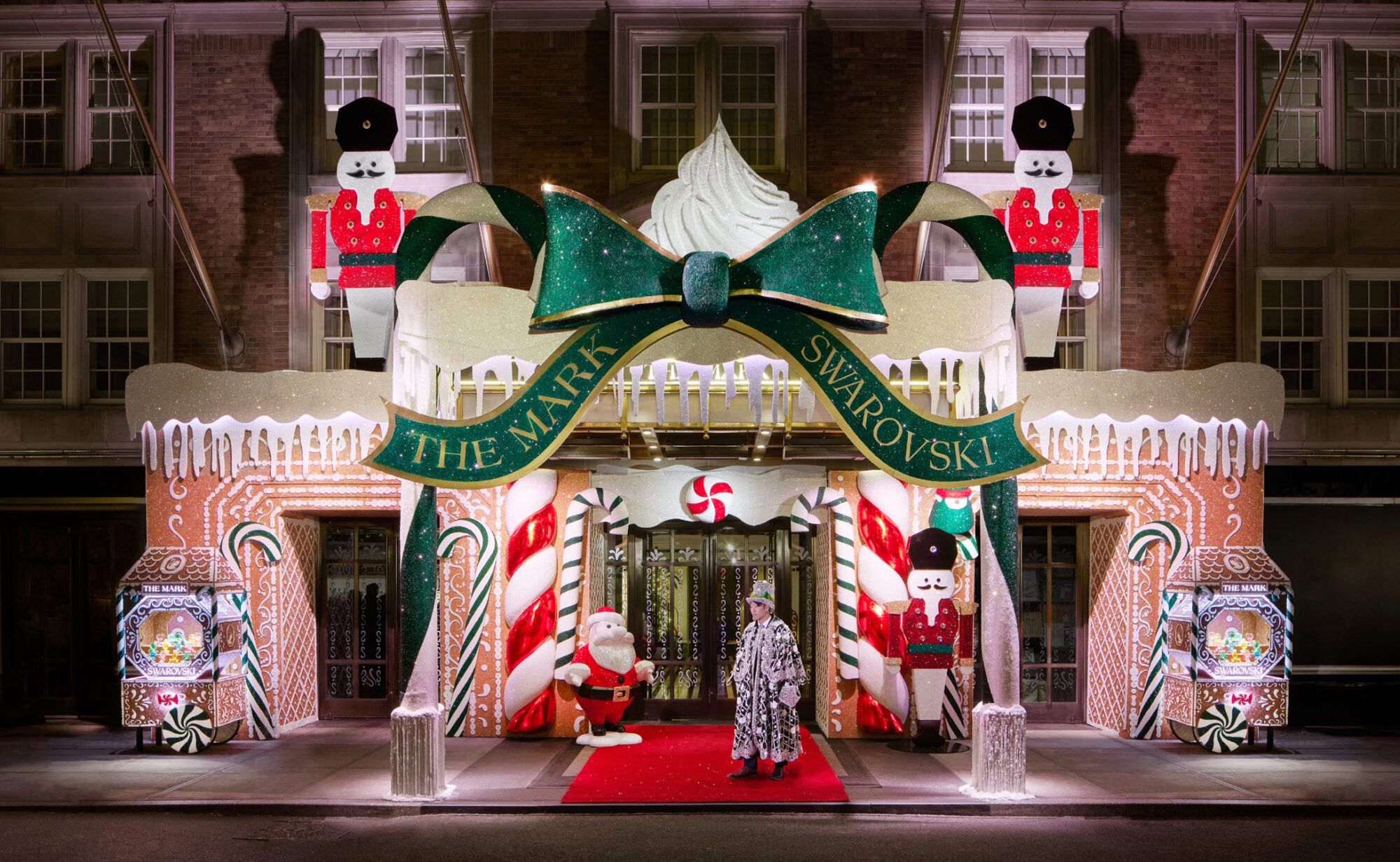 A world of crystallized magic has come to New York City this holiday season. The Mark, New York’s most boldly lavish hotel, has collaborated with Swarovski, the Austrian crystal house, to transform its façade with a glittering display of crystal decorations. Inspired by the holiday season’s favorite cookie: festive gingerbread, and embellished with classical holiday trimmings like giant nutcrackers, candy canes, ribbons, and a jolly Saint Nick, the Swarovski display at The Mark is one of a kind. 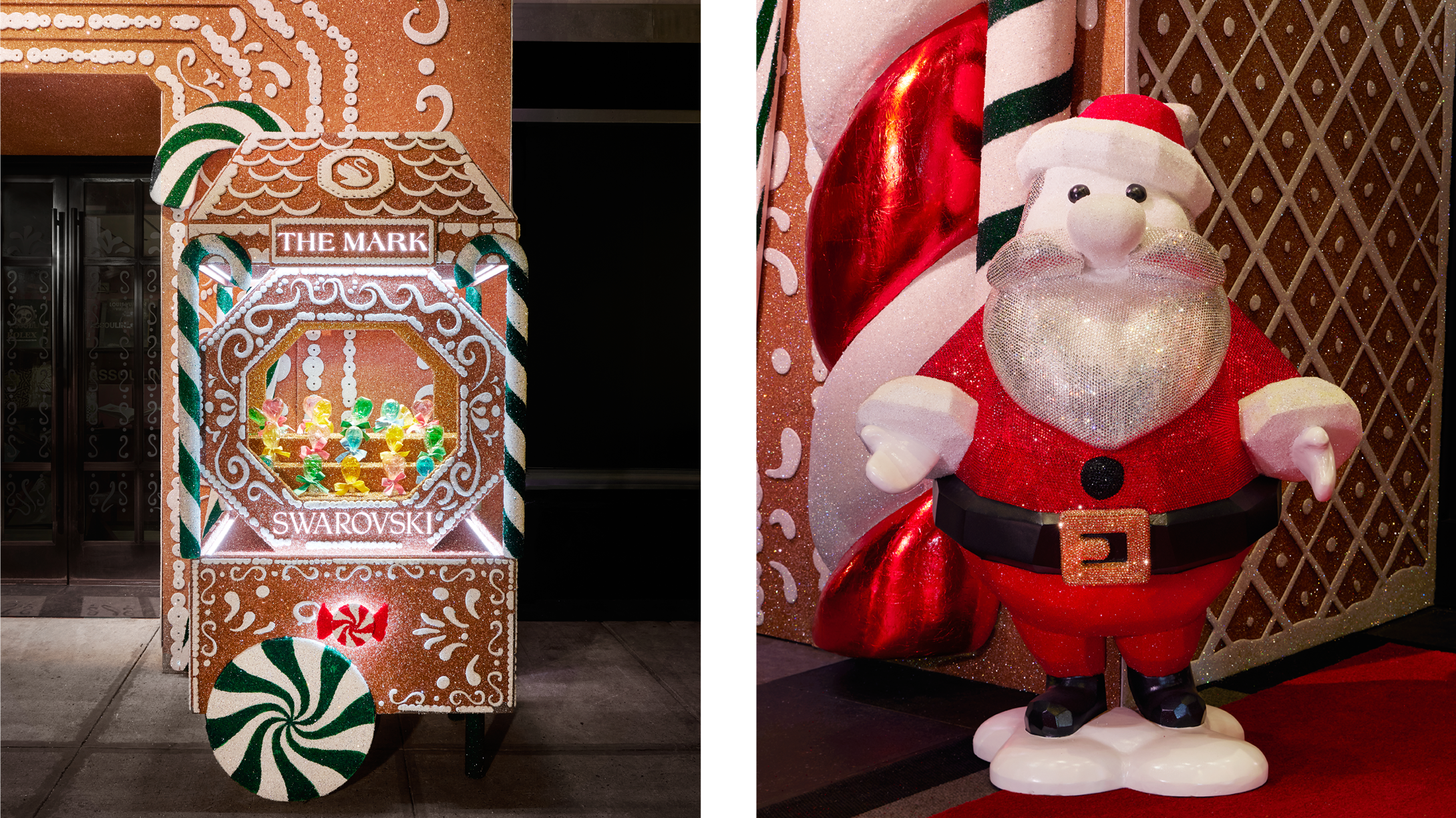 The spectacular façade was built and installed over a week and is made from millions of toffee-colored Swarovski Crystals, with a frosting and whipped cream roof of hand-sculpted, and crystal-dusted fiberglass. Giant candy canes, and a spectacular emerald-colored bow frame the entrance to The Mark while giant uniformed nutcrackers stand guard. The façade will sparkle to life with tons of Swarovski crystals from Austria, hand applied by expert artisans.

The festive theme continues in the hotel lobby with a glittering Christmas Tree adorned with crystal ornaments, including gingerbread men, rocking horses, nutcrackers, stars, and candy canes, as well as The Mark Hotel itself, reimagined in gingerbread style.